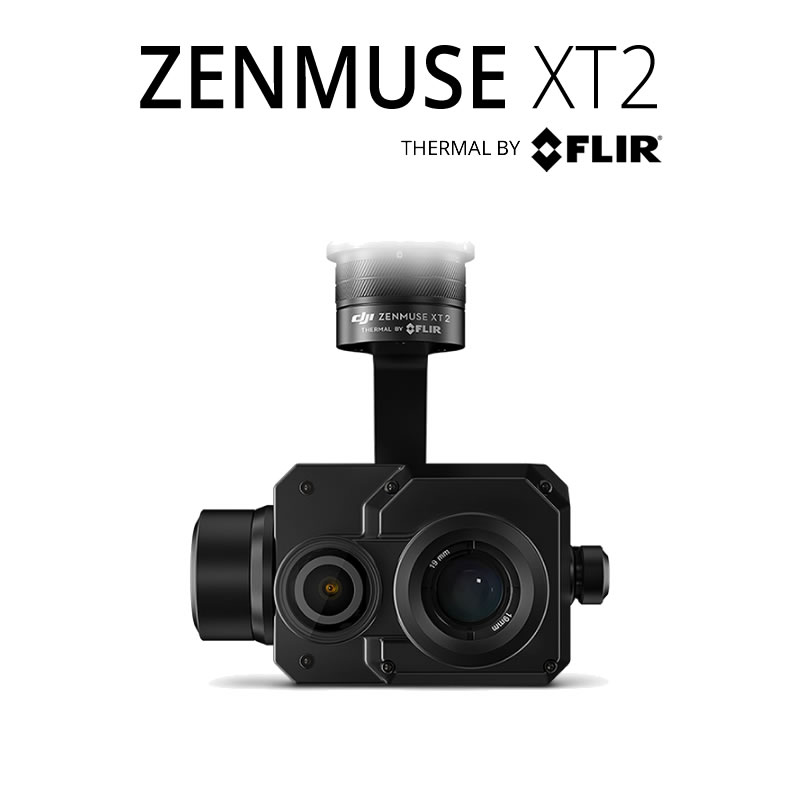 Join the next generation of commercial drone solutions with the XT2. Pairing the FLIR Tau 2 thermal sensor and 4K visual camera with DJI’s leading stabilization and machine intelligence technology, the XT2 quickly transforms aerial data into powerful insights that save time, money – and lives.

Transform Data into Insights in Real-Time

Enabled by a suite of processors and computer vision algorithms, the XT2’s onboard Machine Intelligence helps teams identify what’s important while on-site, instead of after a lengthy processing time.

Capture the most critical information by automatically locking the XT2 onto the hottest object in view.

Quickly interpret data with details from the visual image overlaid on the thermal data stream.

Select an object to lock the XT2 onto it, simplifying missions in complex environments.

Select an object to lock the XT2 onto it, simplifying missions in complex environments.

Focus on a specific temperature band to identify what’s important.

Adjust the colors applied to the thermal data to easily interpret what’s happening.

Optimize how you view the thermal and visual feeds - side by side, overlapping and more.

See the unseen. FLIR thermal sensors reveal details invisible to the naked eye by making subtle differences in temperature visible. This new view on the world can reveal when equipment or buildings are damaged, the location of lost people and much more. 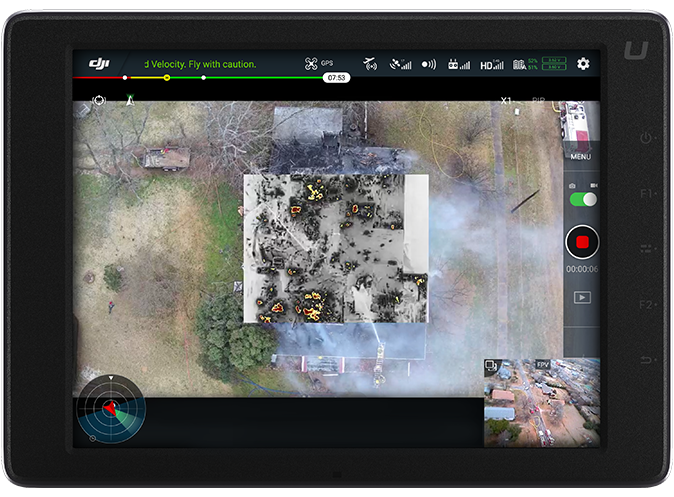 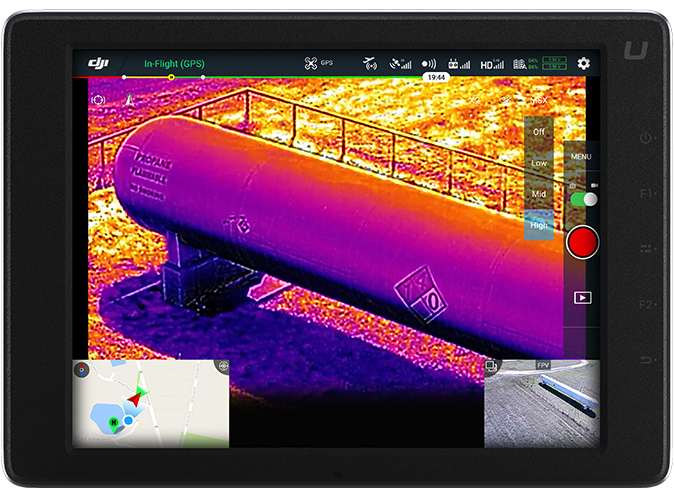 Quickly identify hot spots with the ablity to directly overlay thermal data on the visual overview and fine tune isotherm settings.
Locate damaged panels with little effort by adjusting the Temp Alarm settings to notify you of temperatures outside the norm.
Discover if a container is full and identify the substance inside with one image using FLIR MSX. 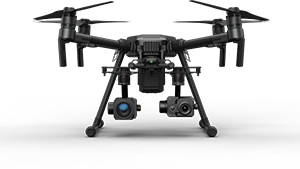 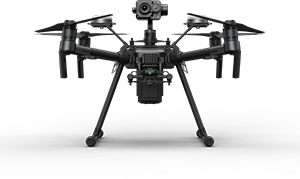 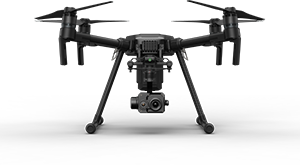 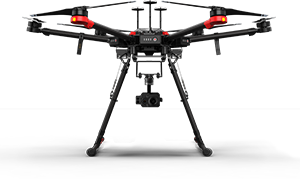 With a quick turn of the wrist the Zenmuse XT2 secures onto DJI’s industry-leading M200 Series and M600 Pro drones to provide pilots a direct view and control of this powerful thermal sensor.

When the XT2 is mounted onto a M200 Series drone, pilots have a combined solution that extends the operation window for drone technology - letting pilots fly confidently in lowlight conditions, through a strong breeze or in light rain.

Utilizing the M210 drone models, pilots can build more robust drone solutions around the XT2 over time by adding zoom cameras, additional onboard computers and other payloads to fit a variety of specialized missions. 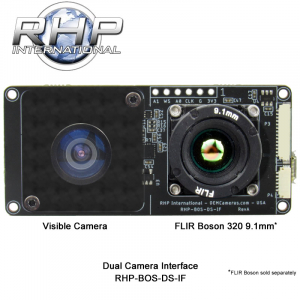 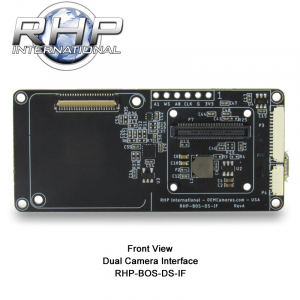 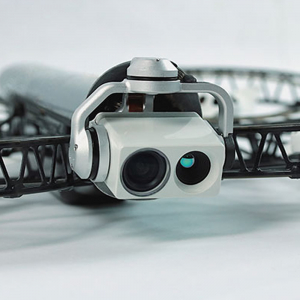 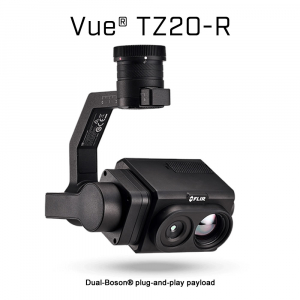 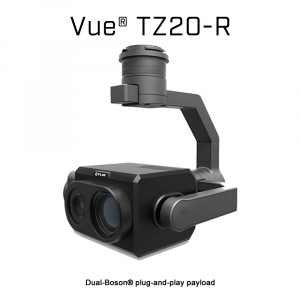 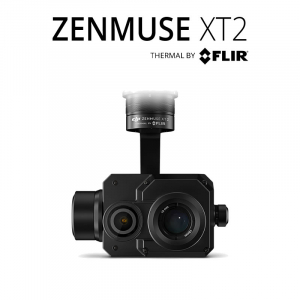